AN EXAMINATION AND REFUTATION OF 16 PROPOSITIONS AGAINST SABBATH KEEPING: a RESPONSE TO THE fORWARD

An Examination and Refutation of 16 Propositions Against Sabbath Keeping
RESPONSE TO THE FORWARD OF “THE SABBATH: WHAT YOU NEED TO KNOW.”

After years of failed attempts at trying to get Elce to a public debate, I have decided to move on with refuting the antisabbatarian claims of his book, “The Sabbath: What you need to know: 16 Propositions Against Mandatory and Salvational Sabbath-Keeping.” This is a response to the book’s Foreward which was written by Pastor Damon Richardson. Please keep in mind that as we publish responses to chapters, changes may take place without notice to anyone. Please revisit this page often for updates as the goal is to reply to all 16 propositions. Responses to each chapter will continue to be published as time goes by. For a response to chapter 1, click HERE. Or visit chapter 2, 3, 4, 5, 6, 7. Elce, you are invited to examine and attempt to refute my replies.

Response to the Foreword
The Gift of Grace, Faith, and Works

It never fails for antisabbatarians to appeal to Ephesians 2:8-9 as a prooftext to use “grace” to disregard the only commandment in the Decalogue that actually represents that grace. How amazing it is, that the one commandment that represents our rest in Christ and His works in us, it set against the very thing it represents. The author of Hebrews takes the Sabbath (4:4), connects it to our daily rest in Christ via the “today” motif of chapter 4, and appeals to his readers to THEREFORE “come boldly to the throne of GRACE, that we may find grace to help in time of need” (4:16) while being careful to command his readers to “ALSO” cease from their labors “as God did from His” on the seventh-day (vv. 11-10, cf. verse 4). Like the institutions of Communion, Baptism and Marriage, the outward experience of the Sabbath internalizes and conceptualizes that “rest” we find in the grace of Christ and His works in us.(1)

This is not a New testament concept. To the Israelites the Sabbath represented God’s work of creating (Exo. 20:11), God’s work of redeeming (Deut. 5:15), and God’s work of sanctifying (Exo 31:13). God’s work, God’s work, God’s work… while they “rest.”  They were not to think that they were making themselves good or worthy. They couldn’t fix their own problems nor cleanse their own hearts. God was doing all that. They were to “rest” … that was all. There was no “doing” in the keeping of this commandment, for it called to do nothing… to rest. Rest, rest in God’s work, God’s way, God’s method. Do nothing of secular labor on that day, and allow it to represent how you do nothing towards your salvation. They were to think of God as the one making them holy, and not themselves. GOD was “sanctifying” them. And the Lord, during Sabbath hours, while they rested “according to the commandment,” called upon them, and us today, to “come to me all you who labor and are heavy laden, and I will give you rest” (Matt. 11:28-30, cf. 12:1). Evidently, the real dichotomy is between grace and anti-sabbatarianism. One cannot be for grace while against the very thing that was set up to represent that grace. I cannot call anyone’s intent into question, but one often wonders how someone could be so bold as to claim to be saved by grace while openly attacking and disregarding a command that simply calls upon the people to “rest” in that grace. Go figure.

Interestingly, the very opposite happens with the Sunday keeping, every-day keeping, or no-day keeping crowd. These are all non-biblical arguments which are man-made, and anything man-made is works based. In other words, the Sabbatarian keeps a commandment that GOD gave, while the antisabbatarian keeps a doctrine that MAN made. Who, then, is the one living a works-based religion? Who, then, is the legalist?

In this Forward, Pastor Damon Richardson masterfully taps into an extremely important concept regarding grace that to my surprise most Christians do not even talk about. He writes that “salvation is not an achievement of one’s own works, neither is it a reward for one’s good deeds.” He beautifully uses the illustration of legal tender to say that “even faith is a gift, not a currency that one gives to God in exchange for grace.” To Richardson, everything is a “gift” from God, including grace and faith… and he is correct. I will take it further than he has and say that even repentance and forgiveness are gifts that need to be given (Acts 5:31). In fact, “every good gift and every perfect gift comes from above, and comes down from the Father of lights… (James 1:17) along with wisdom, righteousness, sanctification and redemption, all in one package deal, the person of Jesus Christ (1 Cor. 1:30). But there is one more gift that comes from above, and here is where Richardson makes the one fatal mistake that every critic does with these texts: Richardson stopped short at verse 9. Notice verse 10:

“For we are his workmanship, created in Christ Jesus unto good works, which God hath before ordained that we should walk in them.” (Eph. 2:10).

According to verse 10, good works are also a gift that needs to be given! The man who has been saved by grace, with no works of his own, is, by that grace, empowered to live out the gift of WORKS, which “God hath before ordained that we should walk in them.” Those works do not originate with us. They come down “from the Father of lights” too. HE made them and HE pre-ordained them, before we were born and before we were saved, that after coming to Christ we should “walk in them.” We were created “unto good works” that the works of God in us may be manifested through us by the life of Christ indwelling in our hearts (cf. 2 Cor. 4:10-11). Therefore, although salvation is not, as Richardson said prior, a “reward for one’s good deeds,” yet that grace is supposed to empower the believer to perform good deeds which are also given to him by God. It is no wonder, then, that Paul in this very same letter, tells the Ephesians both directly and indirectly to obey God’s commandments. They were to not steal, lie, covet or commit sexual sins (4:25-28, 5:3-5). Various other sins are mentioned which in one way or the other are connected to one or more of God’s commandments, since those commandments are “exceeding broad” (cf. Psalm 119:69). Idolatry, adultery, and foul language were to be avoided too… all reminiscent of the first three commandments (cf. 4:29, 31, 5:4). Paul even tells their children to obey the fifth commandment (6:1-3)!(2) And almost as if he anticipated that someone would confuse his emphasis on grace with some sort of cheap grace, commandment-breaking theology, Paul warns, after commanding against these sins, to “let no one deceive you with empty words” (5:6).

Let us set the record straight without apology to anyone. Grace is POWER, not just save without any works of the receiver, but also to EMPOWER that believer to live those preordained good works. Read it for yourself, from this same author, in his letter to Titus:

“For the grace of God that bringeth salvation hath appeared to all men, Teaching us that, denying ungodliness and worldly lusts, we should live soberly, righteously, and godly, in this present world; Looking for that blessed hope, and the glorious appearing of the great God and our Saviour Jesus Christ; Who gave himself for us, that he might redeem us from all iniquity, and purify unto himself a peculiar people, zealous of good works.” (Tit 2:11-14).

Note the harmony between grace and works. Grace “brings salvation” but also empowers believers to live righteous “in this present world.” Here, in the here and now, they were to be “zealous of good works.” The individual receives this empowering grace “not by works of righteousness which we have done,” and yet nevertheless “maintain good works” (cf. verse 5 w/ verse 8). Therefore, and to conclude, God gives the grace, the faith, the salvation, the redemption, the wisdom, the repentance, the forgiveness, and yes, even the works, to live the life that He intends for us to live now. God does everything, absolutely everything! From saving me freely to causing me to obey (cf. Eze. 36:27), and I rest as He works with the Sabbath as a sign of that sanctification.(3) What wonderful news! Not even commandment-keeping comes from us. All good deeds were “ordained beforehand” and thus the believer will be found, as naturally as the Holy Spirit can do in the surrendered heart, in obedience to God’s Word and Law. So, the true believer will not be found in opposition to any of God’s commandments, but rather, He will be living and teaching it, in anticipation of being called “great in the kingdom of God” (Matt. 5:19).

Will that be you, dear reader? Will you live that kind of grace, and share that kind of grace with others, so they too can experience free salvation and victory over sin? Will you fight against the one commandment that represents this grace? Contrary to popular opinion, the New Testament commands us to experience both the daily rest and its weekly representative:

“There remaineth therefore a rest to the people of God. For he that is entered into his rest, he also hath ceased from his own works, as God [did] from his. Let us labour therefore to enter into that rest, lest any man fall after the same example of unbelief.” (Heb 4:9-11)

Will you accept the command to rest daily in Christ, and to also cease from your own works “as God did from His” on the seventh day? Or will you be burdened with the false gospel of a cheap grace so often promulgated by critics who think it is okay to excuse themselves of obedience through a grace that’s actually supposed to motivate them to obey? The confusion, the irrational arguments, the out-of-context prooftexts are coming from the side of the critics, and not from the side of the Sabbatarian who actually knows how to defend the truth. Which side will you align yourself with?

1. We will delve deeper into Hebrews 4 as we progress through our chapter responses.

2. For more on Ephesians 2, and a response to Elce’s argument using Eph. 2:14, see my response to chapter 8, in the section named “Point 9: Eph. 2:14-15: Christ abolished the commandments which caused separation. LINK: https://adventistdefenseleague.com/2021/10/against-elce-part-8-responding-to-the-16-propositions-against-sabbath-keeping-in-the-sabbath-what-you-need-to-know.html

3. Although the Sabbath was a sign of sanctification between God and the Israelites, yet it was a sign with the Israelites, true Israelites, which is anyone ethnic or not, yet who takes hold of the promise made to Abraham (see Rom. 2:28-29, 9:6-9) It is a matter of being Christ’s which makes you Abraham’s seed and heir of the promise, not an actual ethnic Jew (Gel 3:29). See the section “WHO IS ISRAEL” in response to chapter 2. LINK: https://adventistdefenseleague.com/2021/10/against-elce-part-2-response-to-chapter-2-of-the-sabbath-16-propositions-against-sabbath-keeping.html 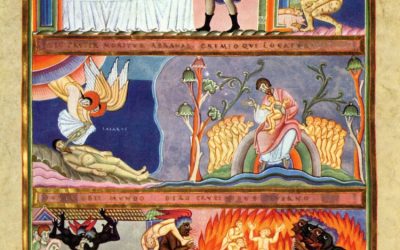 THE RICH MAN AND LAZARUS: TRUE EVENT OR FICTITIOUS PARABLE?