IS THE PROPHECY OF MATTHEW 24 STRICTLY ABOUT THE SIEGE OF 70AD?

A brief answer will be given, and then an explanation will follow. The prophecy begins being fulfilled during the times of the destruction of Jerusalem and extends all the way up to the end of the world. Therefore, the prophecy covers boththe events of 70AD and the Second Coming, and this can be seen immediately in verse 3:

Matthew 24:1-2
(1) And Jesus went out, and departed from the temple, and his disciples came to him for to shew him the building OF the temple.
(2) And Jesus said unto them, See ye not ALL these things? Verily I say unto you, There shall not be left here one stone upon another, that shall not be thrown down.
(3) And as he sat upon the mount of Olives, the disciples came unto him privately, saying, Tell us, when shall these things be? and what shall be the sign of thy coming, and of the end of the world?

Jesus sets the context before giving the details of the coming events. The question of the disciples is two-fold:

FIRST QUESTION: When shall be the destruction, when one stone will not be left upon the other?

SECOND QUESTION: When shall be the sign of the end of the world?

Here we see immediately, how the prophecy he is about to give in answer to these questions, will begin at the destruction of Jerusalem, and extend to the end of the world.

For the first question it is agreed that it is referring to the destruction of Jerusalem in 70 AD. But the first question also hints to the fact that this prophecy does not end there. We note that Jesus said “not one stone will be left upon another.” And when we read the parallel passages in Luke 19 (compare Luke 19:44 with Matthew 24:2), we see there that this includes EVERY stone of EVERY building regarding the Temple, along with the Temple’s eastern, northern, southern and western outer court walls. Notice:

Luke 19:41-44
(41) And when he was come near, he beheld the city, and wept over it,
(42) Saying, If thou hadst known, even thou, at least in this thy day, the things which belong unto thy peace! but now they are hid from thine eyes.
(43) For the days shall come upon thee, that thine enemies shall cast a trench about thee, and compass thee round, and keep thee in on every side,
(44)And shall lay thee even with the ground, and thy children within thee; and they shall not leave in thee one stone upon another; because thou knewest not the time of thy visitation.

The prophecy states that the destruction would be of the ENTIRE CITY and everything in it. Now in verse 2 of Matthew 24 Jesus said that not even ONE stone will be left upon another stone. However as you can see in the image below, a wall did remain, the western wall (nick named today as the “wailing wall”), and therefore, there is still stones upon other stones!

The “Western Wall” nicknamed today as the “wailing wall”
Source: FamousWonders
In the first century, this was located closest to the Holy of Holies of the actual Temple. Although every building was indeed destroyed, this wall remained: 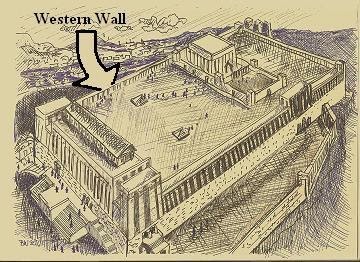 In other words, just before Jesus enters into the main topic, he sets the context saying that what he is about to reveal will be totally fulfilled when there is NOT ONE STONE UPON THE OTHER.

This does not mean his prophecy did not be fulfilled, It means the prophecy has begun to be fulfilled in the early century (about 66 AD to 70 AD), and is yet to be COMPLETELY fulfilled. When Jesus comes the second time, then every stone will be removed, along with everything else in the world, and the prophecy will have met its fulfillment in FULL.

Jesus then answers the second question within the same prophecy, and in his prophecy we find a few more reasons why this prophecy is also about the time of the end of the world:

1) As already mentioned, not every stone was yet removed one from the other.
2) Jesus said “nation will rise against nation” (Matthew 24:7)
3) There shall be “wars and rumors of wars” (verse 6).  That particular prophecy was not yet fulfilled until years after 70 AD, when various nations of the world began warring against each other (for example, World War I, World War II, etc).
4) The gospel will be preached “unto all the world” (verse 14). But we know this was not yet accomplished until after the first century.
5) The sun darkened and moon shall be darkened, and the stars shall fall (verse 29). None of which took place in 70 AD.
6) After the preaching of the gospel to all the world, the angels at the coming of Christ will gather all believers from all over the world, “from one end of heaven to the other” (verse 31). However, there were not yet believers of Christ all over the world in 70 AD.
7) Most importantly, all of the gospel accounts affirm the one thing that hasn’t happened yet: The coming of the Son of man.

As we can see, the answer Jesus gave to the two questions the disciples asked, was an answer mixing both events, that of the destruction of Jerusalem, and that of the events transpiring just before the world finally ends. This type of prophecy is what scholars call a “double application.”

Hence while the prophecy of Matthew 24 indeed foretold of the destruction of Jerusalem, it ALSO is a prophecy of our times. May the Lord Jesus cause this prophecy to be fulfilled in its entirety that we may soon meet the Lord in the air when he returns. Amen. 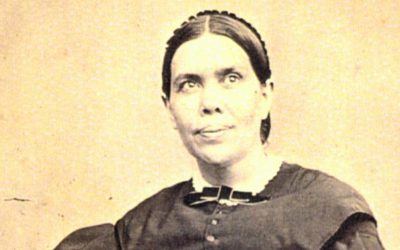