The Health Message in the Second Angels Message

Soon after the first angel yells his message to the world, a second angel begins to announce his message. Let’s read it together:

Revelation 14:8
(8) And there followed another angel, saying, Babylon is fallen, is fallen, that great city, because she made all nations drink of the wine of the wrath of her fornication.

We have discovered through the study of the Second Angel that “that great city,” named “Babylon,” is none other then the papacy (popes of the Roman Catholic Church) with her leaders, and her church/state nation (Vatican City/Rome- see Identifying the Antichrist). But there is more information about this Antichrist system and how it has a hold upon the other nations of the world. At another chapter of Revelation, chapter 18, we read of an Angel proclaiming a similar message to that of the second angel:

Revelation 18:1-3
(1) And after these things I saw another angel come down from heaven, having great power; and the earth was lightened with his glory.
(2) And he cried mightily with a strong voice, saying, Babylon the great is fallen, is fallen, and is become the habitation of devils, and the hold of every foul spirit, and a cage of every unclean and hateful bird.
(3) For all nations have drunk of the wine of the wrath of her fornication, and the kings of the earth have committed fornication with her, and the merchants of the earth are waxed rich through the abundance of her delicacies.

We notice that when the second angel proclaimed his message, it reads, “saying, Babylon is fallen…” But at the second time around, this Angel says it with force, crying “mightily with a strong voice,” as if the first time it was not heard. This message lights the entire globe, going out with speed and power to finish the work.

Verse 3 reads that it has made all nations drunk with the wrath of her fornication, and that the kings of the earth have committed fornication with her. We learned in our study of the Second Angel that this means that all nations have secretly shared in her traditions and beliefs. But we now read that, “the merchants of the earth are waxed rich through the abundance of her delicacies.” The greek word translated “delicacies” literally means “luxury.” The antichrist system, we learned, is truly well able to cause others to become rich, for she herself is a rich church (Rev. 17:4, see Identification Mark #10). Through business translations with the “merchants of the earth” (Rev. 17:11), she has made all nations rich, and has glorified herself as the richest of them all. This system has such control over the affairs of the world that we read that the merchants of the earth, being so dependent upon her business with them (Rev. 17:11-19), wail bitterly because of her destruction which shall befall this religious system. But besides the merchandises that has made her rich, what else helped in her increase of riches? How else is she in control of the nations and merchants? Verse 23 of this same chapter reads:

(Notice the two “snakes” circling what looks like an “angel.” In the bible, a snake represents “Satan,” who is an evil angel. See Revelation 12:9.)

All nations were deceived by her “sorceries.” But it does not end there. According to Strong’s Hebrew/Greek lexicon, the greek word translated “sorceries” here is “pharmakeia.” Used only three times in the Greek New Testament, the definition of this word according to Strong’s is as follows:

From G5332; medication (“pharmacy”), that is, (by extension) magic (literal or figurative): – sorcery, witchcraft.

This Greek word is where we get our English word “pharmacy” from. The primary definition is “medication.” Thayer’s Greek Definitions gives us the following meaning:

Thayer Definition:
1) the use or the administering of drugs
2) poisoning
3) sorcery, magical arts, often found in connection with idolatry and fostered by it
4) metaphorically the deceptions and seductions of idolatry

Strong’s also says that this Greek word comes from another Greek word, Strong’s number G5332. That Greek word is “pharmakeus” and the following is the definition:

From φάρμακον pharmakon (a drug, that is, spell giving potion); a druggist (“pharmacist”) or poisoner, that is, (by extension) a magician: – sorcerer.

This Greek word literally means, “a drug, that is, spell giving potion,” and “a druggist.” We get our English word “pharmacist” from this word. The Greek says that a pharmacist is a “poisoner.” The Dictionary almost says the same thing about the word Pharmacist:

These things are of such importantance that Paul lists one of them as something that will prevent people from entering into the kingdom of heaven. Notice:

Galatians 5:19-21
(19) Now the works of the flesh are manifest, which are these; Adultery, fornication, uncleanness, lasciviousness,
(20) Idolatry, witchcraft (“pharmakeia”), hatred, variance, emulations, wrath, strife, seditions, heresies,
(21) Envyings, murders, drunkenness, revellings, and such like: of the which I tell you before, as I have also told you in time past, that they which do such things shall not inherit the kingdom of God.

Revelation 21:7-8
(7) He that overcometh shall inherit all things; and I will be his God, and he shall be my son.
(8) But the fearful, and unbelieving, and the abominable, and murderers, and whoremongers, and sorcerers (“pharmakeus”), and idolaters, and all liars, shall have their part in the lake which burneth with fire and brimstone: which is the second death.

This means that having anything to do with pharmakeia or pharmakeus, whether selling it or using it, will cause you to sin against your body and against the God of heaven. In essence when this Second Angel warns the world against Babylon, he is informing them that another one of the reasons why she is fallen is simply because of her use of pharmaceutical medication, and her taking of advantage and controlling the nations with it. It is easy to see why, then, the merchants of the earth wail because of her destruction, because if she is out of the way, the one who is supplying them with their drugs, how else will they get those medications which they are by now so addicted to?

The bible teaches that our bodies is the temple of the Holy Spirit (1 Corinthians 6:19). The very reason why these two Greek words are translated “sorceries” and “witchcraft” is because such methods of healing originated with the pagan world.

(It is believed by the pagans that todays medicine symbol “Rx” is derived from the ancient symbol of the Eye of Horus. –Source)

When the Israelites entered the Promised Land, they were commanded NOT to learn the ways of the heathen (Psalm 106:35, Jeremiah 10:2), but they did anyway. As a result, many of them looked for doctors to be healed by their medications rather then to the Lord to be healed naturally. King Asa is one example:

As a result of seeking the “physicians,” King Asa dies, and was buried with his fathers. But God’s faithful understood the purposes of God, like Isaiah the prophet.

When Hezekiah was severally sick, and dieing of boils, he sought the Lord for healing, and God granted his request. The instruction by God through his prophet was…

The will of God was in healing Hezekiah through natural remedies. Isaiah made, with a lump of figs, clay that would naturally heal his ulcers. Jesus also healed in a similar way:

John 9:6-7
(6) When he had thus spoken, he spat on the ground, and made clay of the spittle, and he anointed the eyes of the blind man with the clay,
(7) And said unto him, Go, wash in the pool of Siloam, (which is by interpretation, Sent.) He went his way therefore, and washed, and came seeing.

-soil from the earth
-water

Mixed together, including a touch of divine grace, the blind man was healed. Should we not follow the example of our savior? 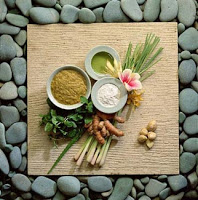 God has provided natural ways to heal our bodies. His intentions were never to use the inventions of the enemy for healing. When we use such medications, we will, while helping one part of the body, damage numerous other parts, resulting in a lifetime of unhealthiness and dependency upon the pharmaceutical companies… which are all controlled by Papal Rome.

By having our bodies rely upon mans medications, we become addicted, and our minds are so pumped with drugs that it becomes difficult for us to discern between right and wrong. Studies reveal that our unhealthy lifestyles of eating and medications cause damage to the brain, including the frontal lobe, which is the seat of judgement and moral decision making. The Third Angel reminds us that we are to have the seal of God written “in” our foreheads. The law of God, wherein is contained his seal, is to becomes one with our minds, building a character like that of Christ’s. It is supposed to be written “in” our hearts, and “into” our minds (Hebrews 8:10). But if the decision making part of our minds, the frontal lobe, is not getting enough blood flow, and is thereby weak and sick, how, I ask, will you ever make the right moral decision to receive the Seal of God? You will end up with the Mark of the Beast no doubt, and this is why this Health Message is of such extreme importance, especially for those of us living in the last days.

Hosea 2:11 Does this text prophecy the abolition of the Sabbath?