Did the change in calenders effect the Sabbath day? 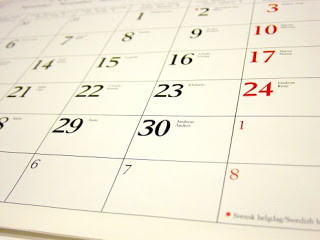 As much as our critics would LOOOVE to claim that the weekly cycle has changed, it hasn’t. The week has come down from Creation unchanged. The Sabbath, given at the beginning of our world and written on rock 2,500 years later, was kept by the people of God down through the ages. God has had a line of faithful followers in every era of earth’s history. They have never been blotted out. When, in the time of Noah, there were only eight left—God stepped in and by a flood of waters saved them and destroyed the wicked. If time had been lost by the time of Jesus, He would have set it right. His keeping of the Bible Sabbath set a standard for His followers. The seventh day of Jesus is to be our day, for He is Lord of it (Mark 2:28).

We know, from historical records, that the majority of Christians kept the true Sabbath for the first five centuries after the time of Christ. After that a persecuted minority continued to keep it during the centuries which followed. All during this time, the Julian Calendar continued in effect—and multiplied millions of historical and business records over those years witness to the fact. Then, in 1582, an error in the length of the year was corrected. The Julian Calendar was 365.25 solar days long, but the length of the year is actually slightly different—365.242195 days in length. Because of this discrepancy, as the centuries passed, the seasons shifted. This shift amount to ten days by A.D. 1582, and so the “Gregorian Calendar” was initiated to remedy the problem. It corrected the ten-day error and also began our leap-year cycle. Here is the calendar when the change came:

Carefully observe that the week was not changed! Only the length of that month and year. The week had always been seven days in length. That weekly cycle did not change.

Spain, Portugal, and Italy adopted the new calendar at once. France waited until December of that year. Half of Germany adopted it in 1583; the other half waited until 1700. About that time the Netherlands, Sweden, and Denmark adopted the new calendar also. England did not accept it until 1752. Yet all through those years, when it was Saturday in Spain it was Saturday in England. The NUMBERS or DATES of the month were different, but the DAYS of the week remained the same.

Astronomers tell us that there has never been any change in the weekly cycle. Historians tell us the same thing. The most learned reference books and encyclopedias in the world agree with this. The week has never changed. The unchangable nature of the Sabbath is even proven by the languages of mankind. Dr. William Mead Jones of London, England, analyzed 160 ancient and modern languages—and found that 108 of them call the seventh day of the week the “Sabbath.” This is three out of five of the known languages of mankind!

But do not forget the Jew: Nearly every ancient race of mankind has been obliterated through warfare and intermarriage, except the Hebrew race. God has preserved them alive as a living testimony of the truth of the Bible and the Bible Sabbath,—the seventh-day Sabbath. For ages the Jewish race has kept the Bible Sabbath. And what day is the Bible Sabbath? Ask any Jew. He will tell you it is Saturday—the seventh day of the week.

Some quotes of interest

“If men refused to observe weeks, and the line of time was forgotten, the day of the week could be recovered by observing when transits of planets, or eclipses of the sun and moon, occurred. These great sentinels of the sky keep seven days with scientific accuracy, thundering out the seven days inscribed on the inspired page.” -Dr. J.B. Dimbleby, premier chronologist to The British Chronological and Astronomical Association, in All Past Time, page10.
“I can only state that in connection with the proposed simplification of the calendar, we have had occasion to investigate the results of the works of specialists in chronology and we have never found one of them that has ever had the slightest doubt about the continuity of the weekly cycle, since long before the christian era. There has been no change in our calendar in past centuries, that has affected in any way the cycle of the week. -“The U.S. Naval Observatory, March 12, 1932

“The week of seven days has been in use since the days of Moses, and we have no reason for supposing that any irregularities have existed in succession of weeks and their days from that time to the present.” -D.W. Cross, Your Amazing Calendar, pp. 6, 7.
“No time has been lost.” -Dr. G.E. Hale, noted astronomer for whom the great “Palomar telescope” has been named.

THE ROBE OF RIGHTEOUSNESS AND VICTORY OVER SINS